Durable base covered with a soft plush material that provides comfort for cats and kittens. The interactive plush toy center uses cotton and linen cloth to allow your cat or kitten to grind claws. A multi-functional plush toy to satisfy your cats or kittens natural instincts for hours of FUN.

Thanks for your review! it will be published soon. Thank you! your review was submitted
James Harrison
I am dispointed when I open the package, it's a bit small then I thought. But the base it's quite stable. and the little fish looks so cute. My cat loves to watch it bouncing. and jump on it ....And I am happy can have something they can play at the night time, quietly... 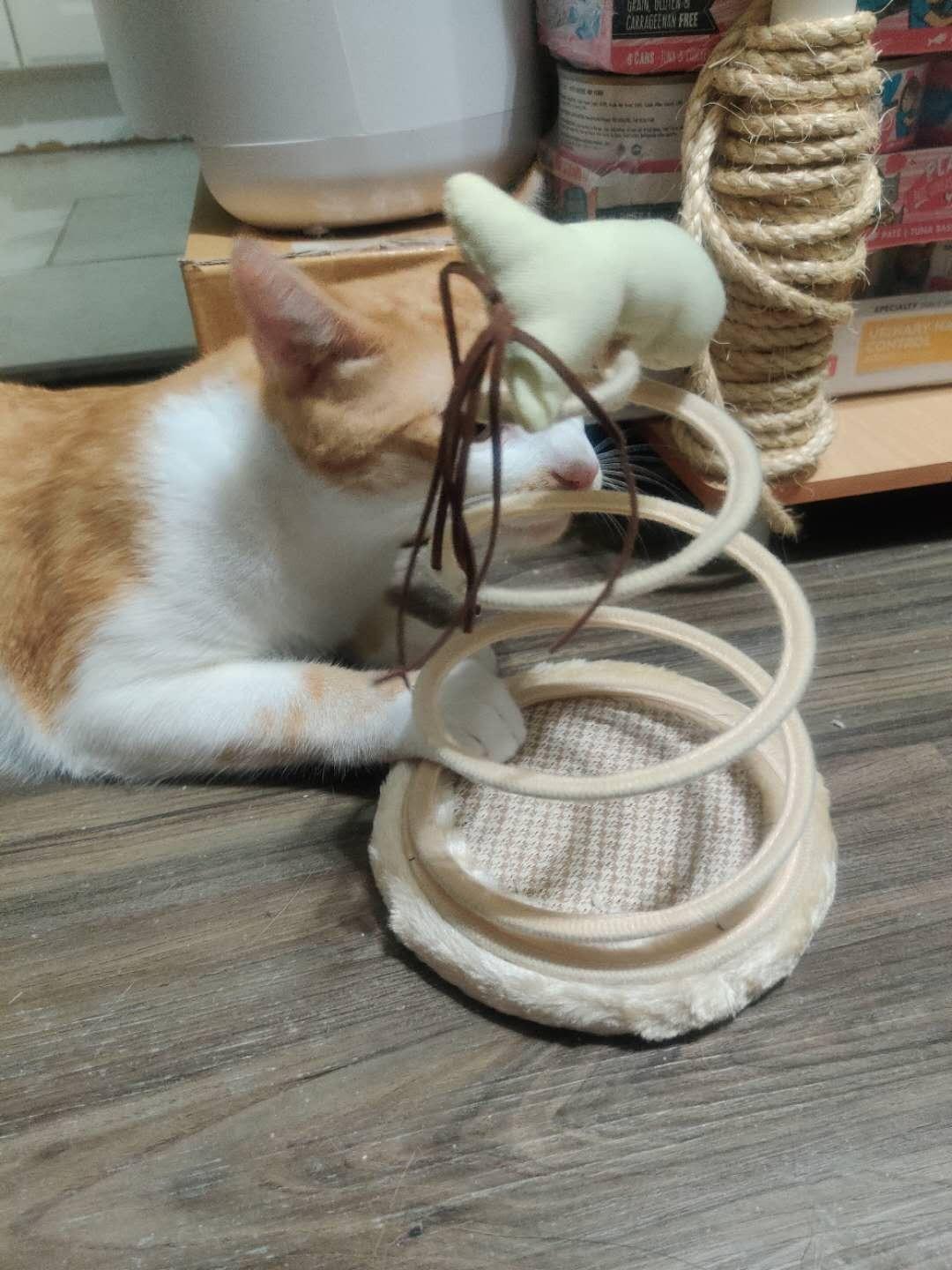 Deborah Greene
I can see where this is too small for an adult cat, but this toy is perfect for my 10 week old kitten. I wish the bottom was weighted, because even he can pull it over. 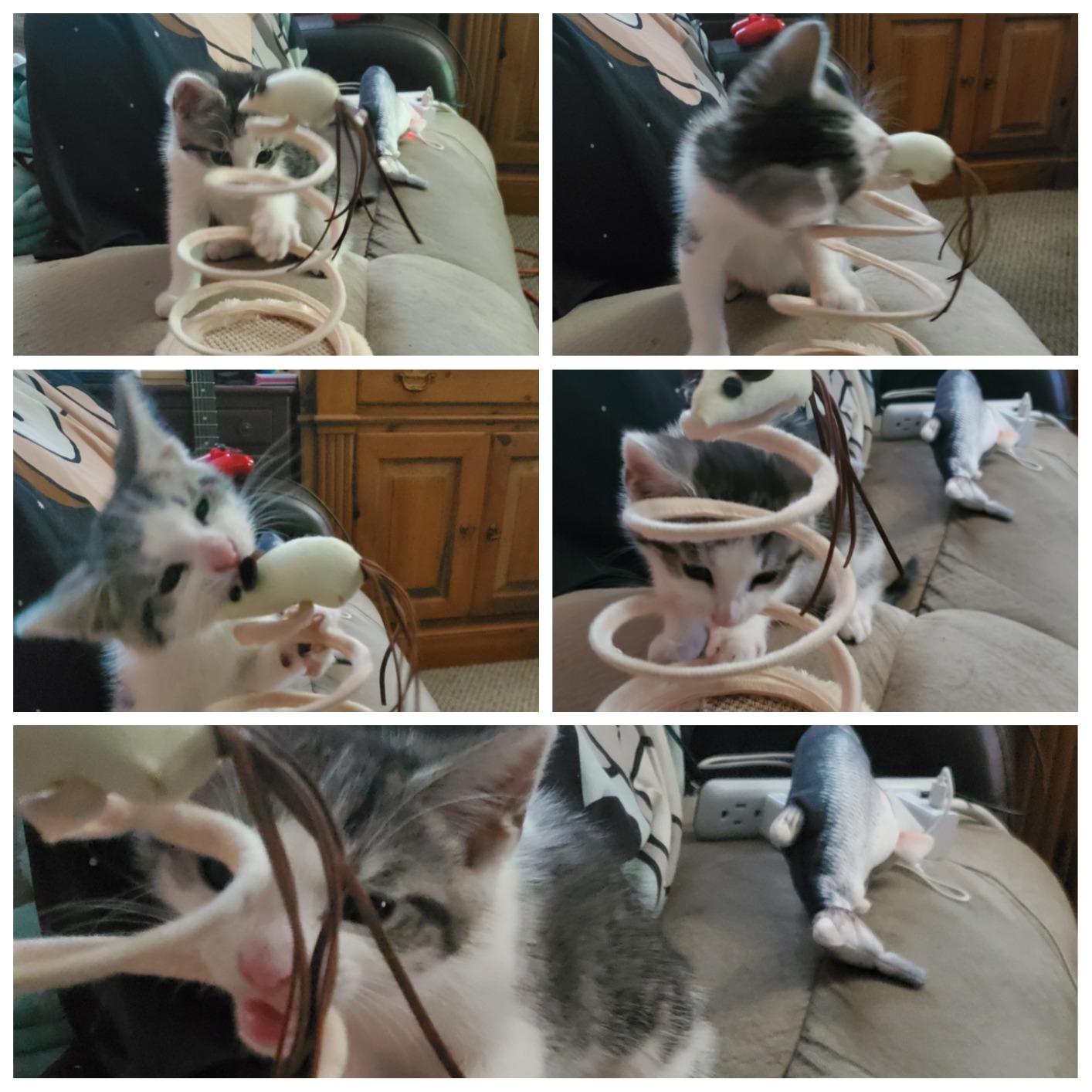 Dorothy Stevens
Great addition and very addictive for my cat. She loves it. That’s all I can tell. She would circle around it and try to touch the mouse and make it bounce. Very funny to watch. 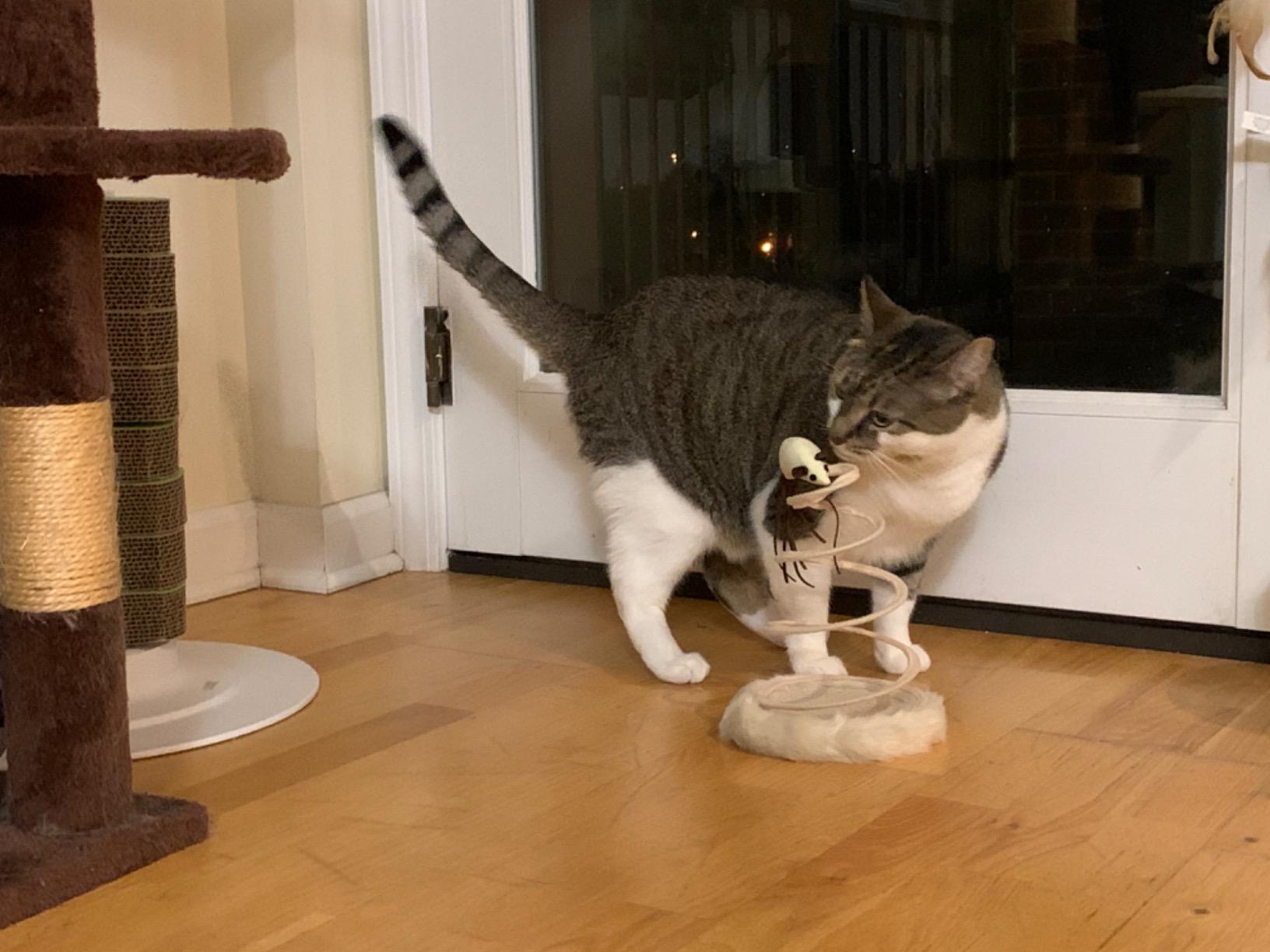 Sign up for our newsletter and be the first to know about discounts, coupons and exclusive special offers.